Welcome
Beside you will see your Contact Group composed by all the contacts you are interested in contacting for the same openning. You can add/remove the contacts as you browse the website.
Send a Message to this GroupCancel»

ADJA is Sad to Announce the Passing of one of our oldest members. 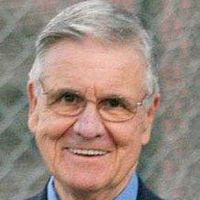 The ADJA is saddened to announce the passing of one of our long term members and one of the oldest active DJs in the industry. Robert Wilson passed away from causes incident to age on Jul 15th 2022 at around noon local time in Phoenix. Robert was still DJing at 88 years old.

Robert was a founding member of the Phoenix Chapter of ADJA and served with distinction for many years in many positions on the local board and was a contributer to our Chapter DVD Education Series. Robert was a person that loved people and big band music and sought to bring joy to those both younger and older than himself. He worked actively right up until his passing.

Robert was more than a good DJ, he was a good friend to all that knew him. I count myself lucky to have known him these past 25 years. He is survived by his wife Phyllis and his adult children.

Comments Off on ADJA is Sad to Announce the Passing of one of our oldest members.